How Can A Muslim Lady Gain More Reward In Her Prayer?

Question: What is the verdict of the Islamic scholars and the great jurists on this matter whether the women are allowed or not allowed to wear jewellery? Like, are all types of jewellery, ringing and non-rings, gold and silver allowed without any speciality? Allowed or not allowed, from the two aspects, name two or one texts of the books fiqh and at least two-three hadith. State and be rewarded.
Sender: Janab Molvi Irfan Ali Saheb Razvi Barkati Bisalpuri, Pilibhit in India

Answer: Women are allowed to wear gold and silver jewellery. Allah states,
أَوَمَن يُنَشَّؤُا۟ فِى ٱلْحِلْيَةِ
And one who is brought up among ornaments [43:18]
The Messenger of Allah (peace be upon him) states,
الذھب والحریر حل لاناث امتي وحرام علي ذکورھا
“Gold and silk is halal for the women of my Ummah and haram for the men.”

[Abu Bakr b. Abi Shayba from Zayd b. al-Arqam and al-Tabarani1 in al-Kabir, and from Wathila (Allah be pleased with them) narrated it]

Rather, it is of great reward [ajr-e-azim] for the wife to wear jewellery and beautify for her husband, and in his right it is superior to voluntary prayer [nafil]. Some pious women and their husbands were amongst the noble saints [awliya], and every night after the Isha prayer, they came to their husbands, fully embellished as brides. If the husband finds the desire [in the wife], the women then remain present, otherwise they roll out the prayer mat while taking off their clothes and adornments and remain in prayer. And the beautifying of the bride is certainly an ancient Sunnah and it is evident from many ahadith. To dress a virgin girl with adornments and dresses for proposals to come, is also a Sunnah.
The Messenger of Allah (peace be upon him) states,
لوکان اسامة جارية لکسوته وحليته انفقه
If Usama were a girl I would dress him up and make him wear adornments until someone wanted to take use of it [i.e. to marry].

Rather, it is disliked [makruh] for women, given their ability, to be without adornments at all, because it resembles men. It says in the hadith:
کان رسول اﷲ صلي اﷲ تعالٰي عليه وسلم يکره تعطر النساء وتشبههن بالرجال
The Messenger of Allah (peace be upon him) disliked the perfumed women and the men-like women.4
In the above hadith the word “ta’attur” is used which means “to apply perfume,” but in Majma’ al-Bihar it is stated,
قيل ارادتعطل النساء باللام وهی من لاحلي عليها ولاخضاب واللام والراء یتعاقبان
It is said that the said word is actually meant “تعطل النساء” with the Laam and it refers to those women who do not wear adornments nor apply hair dye. So here Laam and Ra come in both places simultaneously.
It is in the hadith in which the Messenger of Allah (peace be upon him) said to Mawla ‘Ali (Allah ennoble his countenance),
یاعلی مرنسائک لایصلین عطلا
“O ‘Ali! Command your women not to pray without adornment.”
[Ibn Athir narrated it in al-Nihaya]5

It is in Majma’ al-Bihar,
عائشة رضي اﷲ تعالٰي عنها کرهت ان تصلي المرأة عطلا ولو ان تعلق في عنقها خيطا
‘Aisha al-Siddiqa (Allah be pleased with her) disliked that women would pray without adornment. And she used to say, “If nothing’s there, then hang a thread around your neck.”6
Refraining from adornment for a woman is allowed in this state where she will not come by the side of the non-marriageable relatives such as sons of your aunts and uncles, brother-in-law, son-in-law. Nor must the sound of the jewellery reach the non-marriageable relative.
Allah states,
وَلَا يُبْدِينَ زِينَتَهُنَّ إِلَّا لِبُعُولَتِهِنَّ
“And not to reveal their adornment except to their own husbands.” [24:31]
And further states,
وَلَا يَضْرِبْنَ بِأَرْجُلِهِنَّ لِيُعْلَمَ مَا يُخْفِينَ مِن زِينَتِهِنَّ
“And not to stamp their feet on the ground in order that their hidden adornment be known.” [24:31]
Just like how this noble verse forbids the sound of jewellery reaching a non-Mahram, it is however permissible for the women to wear as soon as the sound does not reach them. For it is only forbidden to stamp their feet, and not [about] wearing it. Contrary to the ignorant wahabiyyah as they believe it is haram to even wear sound-making jewellery. And Allah knows best.
al-Imam Ahmad Raza Khan al-Qadiri al-Barelvi
10-Dhu al-Hijjah-1332 || ≈ 30-Oct-1914
al-‘Ataya al-Nabawiyyah fi’l-Fatawa al-Ridawiyyah: vol. 22, p. 126, #5
Click for more fatawa’s of Ala Hazrat
Views: 9
Total Page Visits: 200 - Today Page Visits: 1 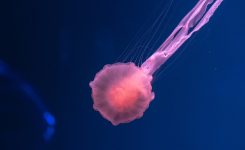 What is the Islamic ruling on in-vitro fertil... 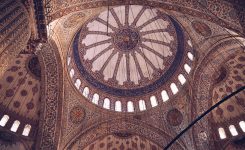 What does Islam say about covering yourself f... 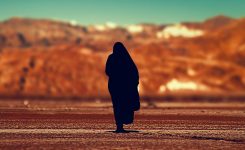 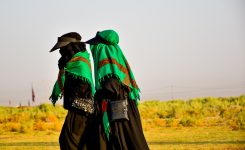 How is it in Islam for women to ride on horse... 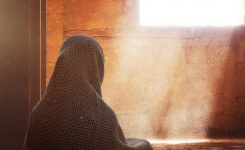 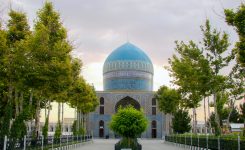 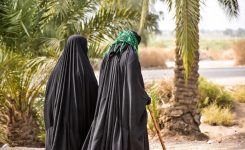 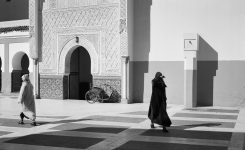 Do I need the permission of husband to do bay...