What does Islam say about using a style [tarz] of a musical instrument on Naat and cursing Dawate Islami?

What is the verdict of the Islamic scholars and the righteous jurists in the matter below,
Zayd asked Bakr during the Muhammadan procession [Julus-e Muhammadi (peace be upon him)] that this Naat being played ‘Sona Aaya’, could only been written or recited by a Mawlana. So Zayd said that the people with the green turbans sodomised1 it. Then he said that there are also other people who wear a green turban. So Zayd replied that it is Dawate Islami. How is it that Zayd says such words to the writers and reciters of the Naat and to Dawate Islami while Zayd is also an imam and even leads prayer. Therefore, it is asked to endow an answer whether it is right to pray behind Zayd or not? And what is the Islamic judgment to speak as such to a Muslim? Endow an answer in the light of the Quran and the hadith, and may Allah reward you and may the common people thank you.
Answer:
The Naat “Sona Aaya” mentioned in the question, this Naat has been recited upon a style of a musical instrument and the scholars are in harmony that it is forbidden to recite in such manner Naat and so forth. The recitation of Quran, Naat and so on, along with the daf2 or sarangi3, is written by the scholars as gravely forbidden [haram]. However, Mulla Ali Qari wrote even that it is disbelief [kufr], saying, “The one who recited the Quran on a daf and flute is an unbeliever [kafir]. And I would say that closer to this is also the judgment for those who do Allah’s meditation and the Naat of Mustafa, upon whom be peace, together with the daf and the flute.”
[Sharh al-Fiqh al-Akbar: Fasl fi’l-Qiraat wa’l-Salaat: p. 250]
Even though this Naat is not recited upon the sound of a daf or sarangi, but by listening, it gives a feeling that a musical instrument was used. The scholars have therefore stated that this is also forbidden [haram]. Huzur Taj al-Shariah Mufti Akhtar Raza Khan al-Azhari (may we be enveloped in his secret) said in one of his fatwa about the judgement of reciting Naat upon the style of a musical instrument,
“Today, a certain type of meditation [zikr] is generalised, with a certain sound similar to the daf that can be heard from the throat. Rather, it is even said by those who say that the meditation is done as such whilst the microphone is between the two lips or very close to it, producing a sound that is comparable to a flute. Many cassettes have been listened to and a similar daf sound can be clearly heard. These people formally produce such sounds that resemble a musical instrument and are similar to the daf. If this is intentional then this is boasting, which is absolutely forbidden [haram], and if such a sound came out unintentionally, then that aspect is like entertainment, which should also be avoided.” [Fatawa Nurani: p. 8]
And this Naat has not been written, nor recited by any scholar, nor is it allowed according to the scholars to recite in such a way. And this is the reality that such ways of reciting Naat have been initiated by the individuals of Dawate Islami, which is absolutely against the Islamic law.
But the said curse in the question, if Zayd actually said that and the questioner is true in his own assertion, the Islamic law does not permit Zayd to curse as such to the people of Dawate Islami. Because cursing a Muslim is transgressing and sinful. The Messenger of Allah, upon whom be peace, said, “It is transgression to curse a Muslim.” [Sahih al-Bukhari: 7076]
Therefore, it is incumbent upon Zayd to repent [tawba] and not let such inappropriate words get on his tongue in the future. And if Zayd does not repent, then the Islamic law does not permit to follow him in prayer [imamat].

This is what I have and the knowledge is with Allah. 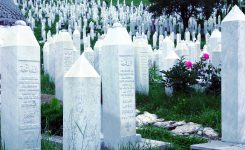 Did Alahazrat want his grave to be deepened t...

Are the statements of the Khulafa al-Rashidun... 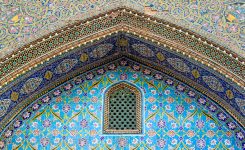 What Is The Islamic Ruling About The Use Of A... 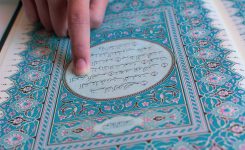