Does Islam allow to pray together with distance because of the coronavirus?

What is the verdict of the noble scholars on the following issues?
Questioner: Hazrat Mawlana Sayyid Arshad Iqbal Misbahi
Imam and Khatib of Anwar Khalid Shah Masjid, South Africa

Answer:
(2) Leaving a gap in the row is sinfully disapproving [makruh tahrimi] and is contrary to the prophetic tradition. It is narrated by Hazrat ‘Abdullah b. Umar (Allah be pleased with them), the noble Prophet, upon whom be peace, said,
أَقِيمُوا الصُّفُوفَ وَحَاذُوا بَيْنَ الْمَنَاكِبِ وَسُدُّوا الْخَلَلَ وَلِينُوا بِأَيْدِي إِخْوَانِكُمْ وَلاَ تَذَرُوا فُرُجَاتٍ لِلشَّيْطَانِ وَمَنْ وَصَلَ صَفًّا وَصَلَهُ اللَّهُ وَمَنْ قَطَعَ صَفًّا قَطَعَهُ اللَّهُ
“Correct your rows and keep your shoulders aligned, and narrow the gap of the row and soften into the hands of the Muslims, and do not leave gaps in the row for Satan, and whoever joins up a row, will be joined to Allah, and whoever cuts off a row, Allah will cut him off.”
[Sunan Abu Dawud: vol. 2, p. 178, #666]
Imam Ahl al-Sunnah [Ala Hazrat], whilst stating the judgment in light of the noble prophetic traditions and the texts of the fuqaha, writes,
“Creating a gap in each row is sinfully disapproving [makruh tahrimi]. Until the previous row has not been filled, no other row should ever be joined.”
[al-Fatawa al-Ridawiyyah: vol. 7, p.49]

Nevertheless, if there really is a serious need and an Islamic excuse is feasible, then it will be allowed, because on the opportunity of necessity, excuse, and to expel harm, the prohibition is neutralised Islamic [mubah].
Just as the jurists wrote to be makruh to stand alone in a row, but if there is no space left in the previous row where one can stand, then hereby standing alone will be allowed.
It is stated in Badai al-Sanai,
“It is makruh to stand behind the row alone in prayer until space is available in the row, and if there is no space it is not makruh, for it is an exception in a state of excuse. Have you not seen that if there is a woman in a row, it is then necessary for the man to be behind the row. As for a man who is standing in correspondence to the woman, nullifies the prayer. Therefore, it is the duty to stand alone when necessary.”
[Badai al-Sanai: vol. 1, p. 218]
Standing in the space of the devotee [muqtadi], standing in the higher place of the imam or muqtadi, standing within the mihrab of the imam, and many more aspects aside from these are, according to the noble jurists makruh, but declared it neutralised and permitted with an excuse and a necessity.
Imam Ahl al-Sunnah says,
“But in places where it is necessary it remains an exception. Necessities [compulsions] makes the forbidden [mamnu’aat] neutralised [mubah]. And it has also been declared with regard of harm, necessity, and severe tribulation.”
“Allah has not kept any hardship upon you in the religion of Islam. Let no one harm you, nor harm another. Allah desires ease for you and does not desire hardship for you.”
[al-Fatawa al-Ridawiyyah: vol. 21, p. 197]
In summary, if there is a real aspect of grave distress or serious harm from government enforcement, then it will be permitted to perform the prayer with a gap remaining in the row. And if there is no strict government enforcement, or there is, but the devotees are sure that they can perform the prayer whilst fulfilling the Sunnah of the row, and there will be no harmful consequences from the government, for them the excuse of necessity is then ended, and for them it remains sinfully disapproving to leave a gap whilst performing the prayer.

Leaving a gap in the row whilst in the state of prayer is sinfully disapproving [makruh tahrimi] and contrary to the prophetic tradition. But if there really is such enforcement by the government where there is no salvation in the aspect of the current situation, then it is permitted to have a gap limited to the excuse. Although, leaving a gap in the row based upon the idea of merely an infectious disease is severely forbidden, makruh tahrimi, and against the prophetic tradition.

NOTE: The permission in these three aspects is based upon the excuse and necessity that cannot be fended off. If this excuse or necessity can be somehow ended, no aspect of the permission then remains.
It is stated in al-Bahr al-Raiq,

“Necessity is only when repulsion is not possible. If it is possible to repel, then that need does not persist.”

This is what I have, and the knowledge is with Allah Almighty. 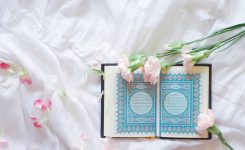 Is The Prayer Of The One Who Shaves His Beard...

How is it to follow the Juma prayer from home... 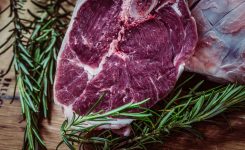 Does Islam permit the wearing of a face mask ...