Question: In the presence of Mufti saheb it is presented that nowadays in the whole world with great development there has been artificial meat called vegan meat or vegetarian meat. From Western European regions to Asia such as Hindustan, this meat is widely used. Large companies sell this meat. So, the title is about this meat, that this meat is not from an animal, but is prepared in a bio lab from herbal roots and plants, which is said to be coconut oil, soybean oil and some dark red liquid (e.g. beetroot) and other things, while also adding extra vitamins. The people who tasted this meat said it was exactly the same as meat. They come in variations of the name chicken, mutton and beef and so on. The Muslims eat this while saying it is halal because it is prepared in a bio-process from vegetables. Even though its appearance, colour, smell, and taste are exactly the same as meat. Is this really halal? What is the Islamic reality about this?

Research shows that this is not meat but rather soybeans and that vegetables, seasoning and the like are also used. If it really is, it may be consumed. Because the maxim is that the basis of a thing is allowed. Therefore, until there is no certainty about anything, that something is haram included, then there will be no judgment on prohibition until then, and it will be enumerated in the stages of admission.

The maxim is that the basis of a thing is pure. Until there is no knowledge of impurity or disallowance, the judgment is allowance.

It is in Radd al-Muhtar:

If an insect is not made in water and its blood is flowing, it is then impure. In other aspects it is pure, therefore the judgment of impurity cannot be imposed upon it until its reality is unknown. And in this there is the reference to al-Tatar Khaniyyah that if the person doubts the purity of his body, clothing and utensils, it will only be considered pure until his doubt does not turn into certainty. Likewise, the things prepared by idolaters, such as consumables, drinks and clothing and so on, as well as other kinds such as ghee, sweets, food, clothing, and so on, will be pure at that time and will be considered worth using it until no assurance is reached that there is any impurity on it or mixed with it.

In addition, this issue is also necessary to take into account as they sell those things in the name of meat, it is possible that an extract may have been used for the flavour of the meat. Since the slaughter of the west, east, unbelievers and idolaters are completely prohibited, the same judgment will apply to the extract of haram meat. Indeed, nevertheless, it should be remembered that this is a doubt by which the basis of the case will not reach haram until there is no evidence that it is prohibited with certainty. But in Islamic law there is also abstention from doubt. It is therefore better to exercise caution when using those things that are not meat, but are sold in the name of meat.

But it causes great doubts if the extracts are famous under the name of liqueur. And this is justified by the fact that Christians are inexhaustibly absorbed in liqueur. Small liquid goods of theirs are free from impurity and some are not, but most certainly containing methylated spirits. Nothing is free from the tincture. And such receptions cause it to become haram and impure, even if it does not cause intoxication. If the drink contains no filth, what is the reason for giving it the name of liqueur, and until its condition has not been investigated, is salvation then only in refraining. It says in the hadith:

Refrain from what your ears do not accept.[1]

Just as Islamic law commands us to refrain from wrongdoing, also called to abstain from bad names. People asked Sayyiduna Imam Malik (Allah be pleased with him) about the judgment of the Red River. He said, “It’s haram.” They said, “But it’s not red.” He said, “You interpreted it by that name.”

In short, research shows about things sold on the name of the meat as it is said in the question that there is no meat in it. Soybeans and other halal things are in it, then there is no doubt that it is halal. Indeed, albeit the taste of meat is perceived in it, it raises doubt that from where that taste came from, perhaps the extract of meat and the like was used, therefore it is better to only abstain from it based on doubt. And Allah Almighty knows best with rectitude.

What does Islam say about buying halal meat f...

Does Islam allow to pray together with distan... 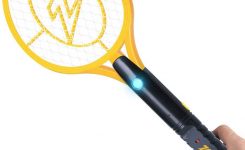 What Is The Islamic Ruling On Using A Mosquit... 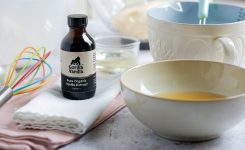 What Is The Islamic Ruling On Being Unsure Of...

Does Islam permit the wearing of a face mask ...

Can we give the guts of the sacrifice [qurban...